The Winter Soldier is gonna help prep you to get shredded for spring and summer.

Actor Sebastian Stan — best known as Bucky Barnes from the Avengers franchise and the Disney Plus series “The Falcon and the Winter Soldier” — is once again hitting the weights with Don Saladino, this time joining the celebrity trainer in the March Superhero Challenge.

Registration for the four-week challenge, which begins March 1, opens on Friday, Feb. 5. Once registered, you’ll have access to a complete exercise demonstration library, a My Nutrition Guide, private group access, as well as a weekly Zoom call during the program.

To train with Stan and Saladino, all you’ll need is a set of dumbbells for the workouts, which are based on Stan’s At-Home Program, which he relied on during the COVID-19 quarantine.

Have any questions regarding the workout? One week during the March Superhero Challenge you’ll have the chance be able to ask Stan himself, via Zoom, as he’ll answer all your fitness questions as a special guest speaker.

The March Superhero Challenge isn’t just for yourself, as all proceeds benefit the Ronald McDonald House of New York.

It’s a reunion of sorts for the actor and trainer, who graced the cover of the March 2018 issue of Muscle & Fitness. Saladino, the owner of NYC’s Drive Clubs, began working with Stan back in 2015 when the actor was starring in the Broadway hit play “Picnic.”

Saladino recalls Stan lacking the hip mobility to squat properly during his time on Broadway. For his roles in “Captain America,” Stan gained mobility and a ton of size through a mix of heavy weight days, along with plyometric and speed , which Saladino based off the West Side Barbell Method, which has lifters work up to near-one-rep-max loads early in the week, and then move lighter weight explosively to build power.

A Semi-Comprehensive Guide to the most Badass Michael B. Jordan Film Roles

ASK ANDY: ‘What kind of workout should I do if I only have 30 minutes a day?’ 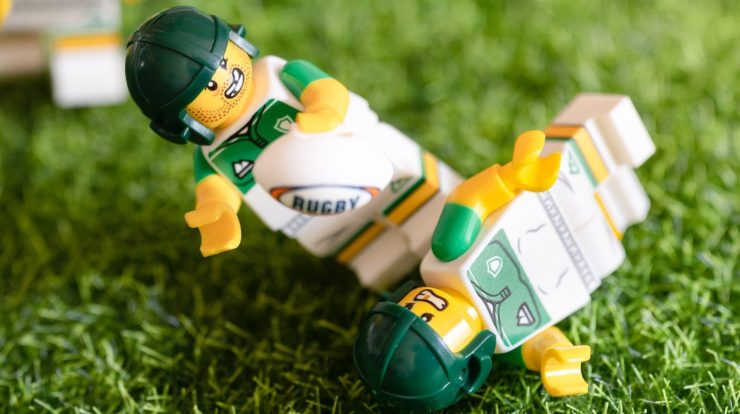 How to Start Working Out (Consistently)